Stop Press #2: The venue, The Green Note, made the following statement: "We at Green Note are committed to running our venue in a way consistent with our beliefs and world view. This article was recently brought to our attention, and while its accuracy has been disputed by the organisers, we at Green Note reserve the right to err on the side of caution in the name of our venue, the hard work of our staff, and our place in the community. While we had no prior knowledge of the history or politics of this band, if there is any truth to the extreme political views held by the members of Changes, these run in contrast to our beliefs and we felt unable to go ahead with this show." Risa / The Green Note, 2013-08-08

Stop Press #1: The venue, The Green Note, have now pulled the concert. Keep your eyes open for any attempt by the promoters to move to a new venue. 2013-07-19

nb. This article has been edited to change the incorrect attribution of a couple of quotes. This mistake has no bearing on the accuracy or argument of the post as a whole. 2013-07-23

"None of this had any real connection to integration or peace between races. Integration did not occur -- flight of the whites occurred. It was no secret that once blacks predominated in an area, the crime rate would soar and the streets would become dangerous to walk." Robert N. Taylor - Chronicles of Chaos, 2006 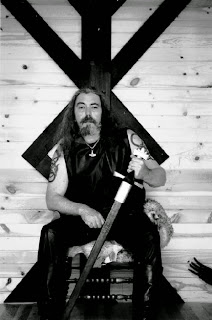 Booked to appear at a small venue called the Green Note in Camden, London on September 6th 2013 is a shadowy American folk duo known as Changes. Cousins Robert N. Taylor and Nicholas Tesluk started playing together in coffee houses of their native Chicago in the dusk of the 60s,in an America redolent with the bad vibes of the Manson Family's 'Acid Fascism' and as the hippy dream turned bum trip.

Taylor and Tesluk have a history of fascist involvement stretching back to the very early 60s, originating in their membership of the Chicago chapter of the Minutemen around 60-61, a vigilante militia group founded to combat what they saw as the communist threat to America. Here is Taylor in an interview with the fascist neofolk/industrial music magazine Stigmata in 2005 talking about the organisation and his significant role in it:

"My involvement in the Minutemen was considerable. I became a member of the newly formed organization at about 14 years old. I first was a member, then became the principle organizer and leader in the Chicago area. Then I became a member of the Executive council of ten as the director of intelligence. By the time I was 24 years old I was the editor of the organization's publication, On Target as well as the national spokesman for the group. My involvement lasted through most of the years of the organization's existence."

"What made On Target uniquely different from other anti-communist or right-wing publications was that in addition to articles and commentary on various current issues, it also contained names, addresses and phone numbers of its assumed communist and liberal enemies. Often literal dossiers on such people were featured. Combine the slogan, cross-hair masthead, and such detailed information on perceived enemies, and the potential threat was implied, without ever being actually stated."

"We have studied your Communist smirch, Mao, Che, Bhukarin. We have learned our lessons well and have added a few homegrown Yankee tricks of our own. Before you start your next smear campaign, before you murder again, before you railroad another patriot into a mental institution...better think it over. See the old man at the corner where you buy your paper? He may have a silencer equipped pistol under his coat. That extra fountain pen in the pocket of your insurance salesman that calls on you might be a cyanide-gas gun. What about your milkman? Arsenic works slow but sure. Your auto mechanic may stay up nights studying booby-traps. These patriots are not going to let you take their freedom away from them. They have learned the silent knife, the strangler's chord, the target rifle that hits sparrows at 200 yards. Only their leaders restrain them. Traitors beware! Even now the cross-hairs are on the back of your necks..." 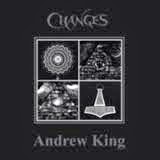 The publicity for this upcoming tour makes reference to Italian facist philosopher Julius Evola, describing the evening as "An intimate evening of music for aristocrats of the soul" and calling the tour the 'Ride the Tiger World Tour', both taken from the title of one of Evola's books, Ride the Tiger: A Survival Manual for the Aristocrats of the Soul (published in 1961). Evola's fascism was esoteric and Brahminical, and although he had close ties with Mussolini and the Nazi Party in the 30s and 40s, he considered both to have failed the cause of fascism because they were too proletarian in ideology and structure. At the bottom of the poster is printed 'Kali Yuga' (the Age of Vice), a pointed reference to current era of the Hindu calender constantly referenced by fascists like Evola and esoteric Nazi Savitri Devi as a prophecy of the decline of world into decadence, reliance on technology, and descent into materialism and greed, as predicted in the Mahabharata Hindu scriptures written around 400 BC, and a favourite touchstone for post-Nazi fascism because of its place ancient Aryan history and its narrative of decline, a constant refrain of fascism. In the past Changes also toured under the banner 'Men Among The Ruins', the title of another of Evola's books.

The band were rediscovered by Michael Moynihan of Blood Axis notoriety in 1996, who then produced and released their next album on his Storm label alongside other far-right acts like Allerseen and David E. Williams. They quickly became revered in the scene as the progenitors of neofolk.

Austrian label HauRuck! started by comedy neofolk Stormtrooper Albin Julius rereleased Fire of Life in both LP and CD form in 2001, before releasing a new full length Changes album, Orphan In The Storm.

In 2005 they released an untitled CD with British fascist folk musician Andrew King (Sol Invictus, Brown Sierra) on the Portuguese Terra Fria label. King was recently sacked from another neofolk band Sol Invictus (a band with its own seriously fascist history) because he recorded a song by David E Williams called 'Wotan Rains On A Plutocrat's Parade', in which he amended the lyrics to make the song unambiguously racist and Nazi.

The event is obviously being promoted quietly so as to avoid the unwanted attention of anti-fascist organisations like Searchlight and Antifa. For example Michael Moynihan is referred to as "a friend" and not by name in the biography on the venue's site, presumably because of his own involvement in far-right politics. No mention of their history in the Minutemen is made , and they are presented as a straight-forward folk act. Tesluk talked about the unwanted attention of antifa protesters in the same Stigmata interview quoted above:


"As for the actual antifas congregated a block away, Douglas, of Death In June, walked over to confront them and they all faded away and acted like he was the invisible man. I passed them at least three times and they wouldn't even look in my direction. No one there was afraid of those punks."

The concert, featuring Death in June, a famous British fascist neofolk band, in Changes' hometown of Chicago, was cancelled in the end because the Jewish venue owner became aware of the bands' political affiliations.

Unlike many contemporary neofolk groups Changes seem relatively comfortable talking about their far-right politics, and specifically how with Moynihan's help they reached a young neofolk audience that includes plenty of radical traditionalists, Asatru practitioners, esoteric fascists, neo-Nazis and Third Positionists who are the natural audience for Changes' Eurocentric fascism:


"In the early to mid '70s the audiences were alright, but I doubt that most of them knew what our music was all about. The folk music scene was pervaded with leftists at that time, both as performers and as audiences. That has radically changed. It was as if Changes had to wait over thirty years to find the real audience it had been seeking all those years." Robert N. Taylor - Chronicles of Chaos, 2006

At the time of writing the tour will also include in concerts in Lithuania, Germany, Moscow and Hungary, Italy, Denmark, Austria, and Greece. 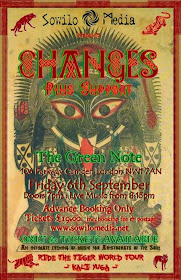